1st US execution of woman in 67 years

Convicted murderer Lisa Montgomery is scheduled for federal execution on Jan. 12, 2020. Here’s what we know about her death penalty case and why some people think her sentence should be commuted.

TERRE HAUTE, Ind. — After a flurry of last-minute court orders, hours of uncertainty and one final plea to reconsider her competency, Lisa Montgomery became the first woman executed by the federal government in 67 years early Wednesday.

Montgomery, 52, was executed by lethal injection at the U.S. Penitentiary in Terre Haute. Her time of death was 1:31 a.m., seven and half hours after her originally scheduled time of execution, according to the Associated Press.

As both sides filed appeal after appeal to tip the scales in their favor, Montgomery spent her final moments in a cell within the brick execution building just steps away from the execution chamber.

The U.S. Supreme Court cleared the way for Montgomery’s execution with a pair of orders issued just before midnight.

The high court lifted a stay of execution put in place by U.S. Court of Appeals for the Eighth Circuit and rejected a final stay application from Montgomery’s lawyers.

Kelley Henry, Montgomery’s federal public defender, expressed her disappointment in the day’s events, saying the federal government violated the Constitution, federal law and its own regulation to put her client to death.

“The craven bloodlust of a failed administration was on full display tonight. Everyone who participated in the execution of Lisa Montgomery should feel shame,” she said in a statement provided to IndyStar of the USA TODAY Network after midnight.

“Our Constitution forbids the execution of a person who is unable to rationally understand her execution,” Henry said. “The current administration knows this. And they killed her anyway.”

Montgomery’s attorneys have said she endured severe physical and sexual abuse beginning in her childhood, and that she suffers from serious mental illness. Late Monday night, U.S. District Court Judge Patrick Hanlon granted a stay to halt the execution, citing the need to determine Montgomery’s mental competence, according to attorneys.

Case details: What you need to know about Lisa Montgomery and her victim Bobbie Jo Stinnett 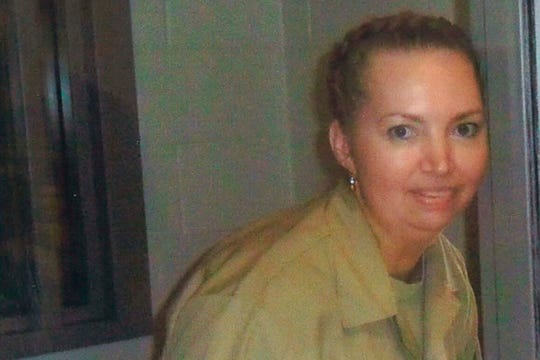 Lisa Montgomery would be the U.S. government’s first execution of a female inmate in nearly 70 years. (Photo: AP)

Tuesday’s legal battles began when the U.S. Court of Appeals for the Seventh Circuit declined to stay her execution less than 24 hours after a federal judge in Indiana granted a stay in her execution over concerns about her deteriorating mental health.

On Tuesday afternoon a judge with the U.S. Court of Appeals for the Eighth Circuit granted another stay, throwing Montgomery’s execution further, into question.

Around 8 p.m., the high court lifted the stay issued by the U.S.Court of Appeals for the District of Columbia, but the Eighth Circuit stay remained in place until the near-midnight decisions by…

Read More: 1st US execution of woman in 67 years

Learning from the Failure of Reconstruction

Inside the abandoned Thomas Cook planes left at…

All the TV Reboots, Revivals and…