If backpackers are banned from Bali, will focus on ‘quality’… 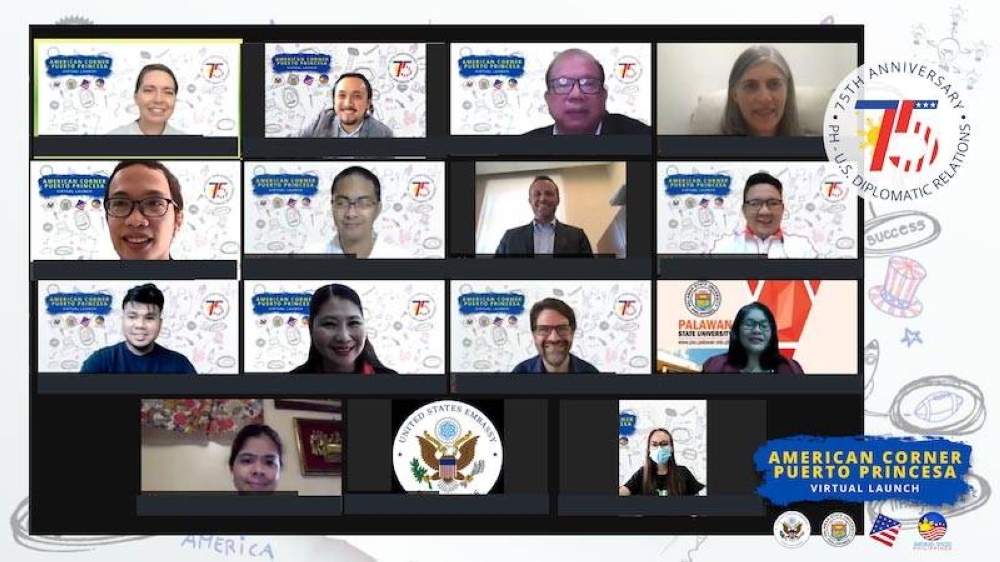 The Palawan State University (PSU) and the United States (US) Embassy has launched a state-of-the-art American Corner (AC) Puerto Princesa in addition to 14 others in the Philippines hosted at partner universities.

The formal launching of the AC Puerto Princesa on June 4, 2021 was with a virtual signing of a three-year memorandum of understanding (MoU) between Counselor Philip Roskamp of the US Embassy for Public Affairs and PSU Presiden Dr. Ramon Docto.

According to Roskamp, AC Puerto Princesa joins the largest network of AC in Southeast Asia, and a network of more than 650 American Spaces worldwide.

With the new AC Puerto Princesa, Roskamp said the US Embassy’s Public Affairs Section maintains 16 American Spaces, including the AC Manila housed on US Embassy grounds, and 15 ACs across the Philippines in partner universities.

He said American Spaces in the Philippines date back to 1945 with the opening of the first US Library in Manila.

Docto said the PSU and US Embassy partnership through the establishment of the AC Puerto Princesa will provide the province of Palawan with a wide range of US Embassy resources, programs and opportunities.

To be housed within the PSU Library, AC Puerto Princesa will offer access to free information resources and dynamic programming on different topics to the people of Palawan.

The PSU president said these recourses and topics will include US culture and society, education, women’s empowerment, civic engagement, innovation, science, technology, engineering, the arts, and mathematics (STEAM), entrepreneurship, among others.

Roskamp said that the launching of AC Puerto Princesa which was part of the year-long celebration of the 75th anniversary of US-Philippines diplomatic relations is another milestone in the longstanding US-Philippine friendship.

“We hope that the Corner is a welcoming, collaborative and safe environment for people from all walks of life, from all backgrounds. It will be a modern, technology-driven resource space where you can share ideas, develop skills and grow capabilities,” he said.

Covid: US opens up to fully vaccinated travellers

Couple call police after finding 5ft snake in their bedroom…

Behind-the-Scenes Secrets of the 2021…

If backpackers are banned from Bali,…