A Surge of Evangelicals in Spain, Fueled by Latin America


SALAMANCA, Spain (AP) — When Kent Albright, a Baptist pastor from the United States, arrived as a missionary to Spain in 1996, he was unprepared for the insults and threats, or the fines from the police for handing out Protestant leaflets on the streets of Salamanca.

“Social animosity was big — they had never seen a Protestant in their life,” said Albright, recalling one woman who whispered, “Be thankful we don’t throw stones at you.”

He couldn’t have imagined that 25 years later, he would be pastoring an evangelical congregation of 120 and count about two dozen other thriving Protestant churches in the northwestern city. And there’s a distinctive feature to the worshippers: Most of them are not Spanish-born — they’re immigrants from Latin America, including about 80% of Albright’s congregation.

The numbers reflect huge surges in Spain’s migrant population and evangelical population in recent decades, producing profound changes in how faith is practiced in a country long dominated by the Catholic church.

“The Bible says there are no ethnicities, there are no races. I don’t go down the street asking, nor do I ask for passports at the church door.” Albright said. He marvels that in a course he teaches for deacons, his six students include one each from Peru, Venezuela, Colombia, and Ecuador. 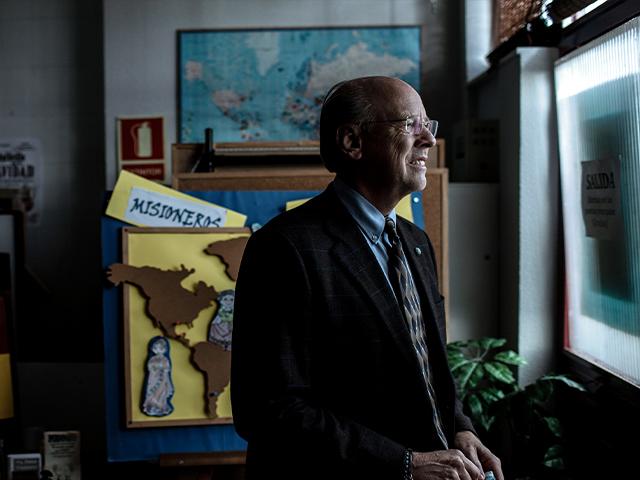 Kent Albright, a Baptist pastor from the United States, stands for a portrait in his evangelical church in Santa Marta de Tormes, on the outskirts of Salamanca, Spain, on Sunday, Dec. 5, 2021. (AP Photo/Manu Brabo)

One of the newest members of his congregation is Luis Perozo, 31, a former police officer from Maracaibo, Venezuela who arrived in Spain in February 2020 and applied for asylum with his wife, Narbic Escalante, 35.

While the couple waits for their status to be resolved, Perozo works in the laundry of a hotel. His wife does nursing in a retirement home.

“I was a lifelong Catholic,” says Escalante. “When I arrived in Salamanca, I entered the church, looked everywhere, said hello, and they ignored me. I went to several churches — I felt absolutely nothing.”

Perozo and Escalante soon visited Albright´s church — one of Perozo´s uncles had emigrated earlier and was already a member.

“The next day, Pastor Albright was helping us find a house, appliances, and kitchenware. He moved us with his van,” Escalante said.

She commended Albright’s approach to pastoring, including services with lively music and less emphasis on repetitive prayer.

“I definitely feel better here than in the Catholic Church,” she says. “It allows me to live more freely, with less inhibitions.”

Before she and her husband were baptized at Albright’s church, she visited a Catholic priest. She recalls him responding, “If it makes you feel at peace with yourself, go. You’re not committing any sin.” 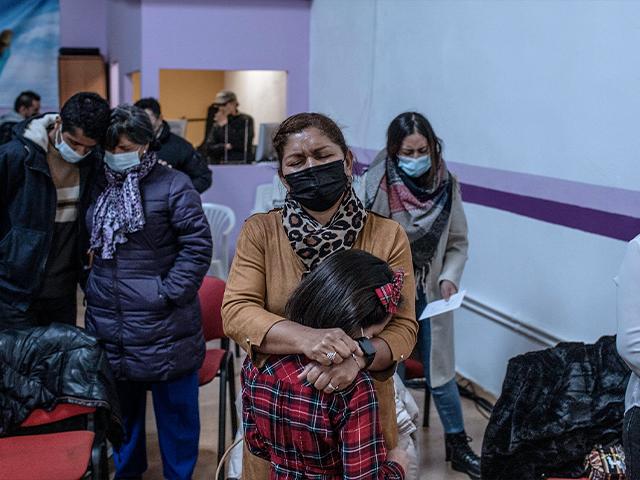 Latin-American parishioners pray during a Sunday service at the Pentecostal church in Salamanca, Spain, on Sunday, Dec….

Read More: A Surge of Evangelicals in Spain, Fueled by Latin America

7-foot-tall traveler gets first-class upgrade due to height